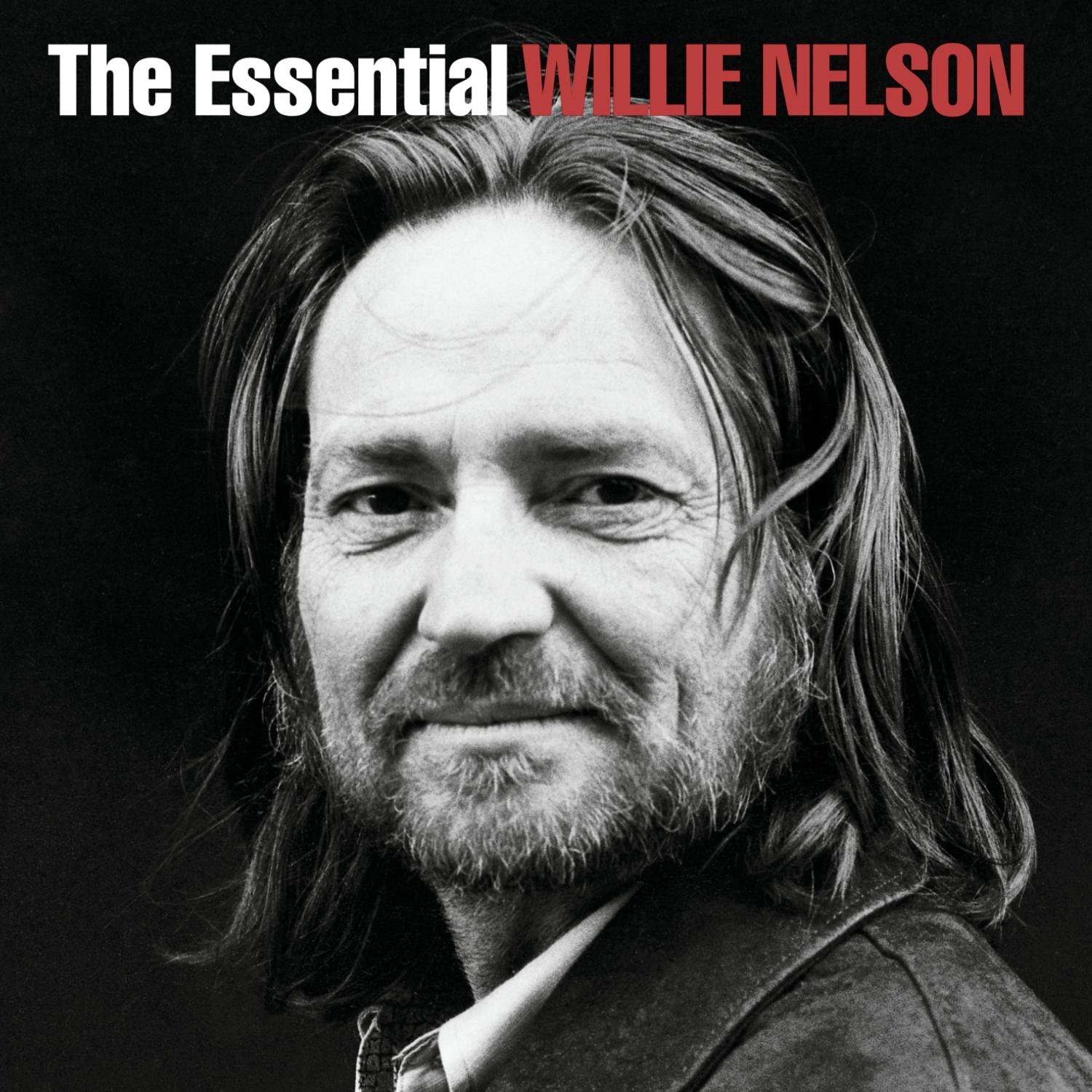 This double-disc set is cross-licensed to include key tracks from 40 years of recording! Includes Night Life; Hello Walls; Me and Paul; Bloody Mary Morning; Funny How Time Slips Away; Blue Eyes Crying in the Rain; On the Road Again; If You've Got the Money I've Got the Time; Georgia on My Mind; My Heroes Have Always Been Cowboys; Always on My Mind; Pancho and Lefty; Highwayman , and more. 41 tracks!

With 41 tracks drawn from nine record labels, the two-disc Essential Willie Nelson is impressive in its breadth. Disc one is simply superb; it begins with 1961's "Night Life," recorded for the obscure Bellaire label, and moves on to several of Nelson's early 1960s Liberty recordings, an overlooked gem recorded for Monument in 1964 ("I Never Cared for You"), a cherry-picked selection of his RCA and Atlantic sides, and finally his mid-1970s hits for Columbia (where he found his greatest chart success, beginning, in 1975, with the No. 1 single "Blue Eyes Crying in the Rain"). Disc two, however, is hit-or-miss. Classics like "On the Road Again," "Pancho amp; Lefty," and "Nothing I Can Do About It Now" are offset by such lesser material as "To All The Girls I've Loved Before" (recorded with Latin pop star Julio Iglesias), the phoned-in "City of New Orleans," and the sounds-better-on-paper "Highwayman" collaboration with Johnny Cash, Kris Kristofferson, and Waylon Jennings. (Just because they all made it to No. 1 doesn't make them "essential.") Nelson's two best albums of the 1990s, Across the Borderline and Teatro, are represented by a paltry two songs. The disc ends with collaborations with U2, Lee Ann Womack, and Steven Tyler and Aerosmith (the previously unreleased "One Time Too Many"). None is particularly worthy of a best-of collection. Still, while it doesn't quite live up to its billing, the Essential Willie Nelson offers an excellent career overview of one of country music's true legends. --David Hill

Campaigners make the case for leisure travel by rail

The Campaign for Better Transport is calling on the Government to promote leisure travel through cost-effective ticketing,

Specialist divers are pouring underwater concrete to protect a pair of railway viaducts on the West Coast Main Line in Carlisle.

​Launched in 2003, the RAIL100 Breakfast Club is a business networking  club for the industry’s senior managers. It helps members keep abreast of current topics within the industry and gives them the ability to discuss these with their peers.

Membership includes 4 breakfast meetings and a dinner in November.

See the RAIL 100 Breakfast Club video and what our members and sponsors say about us.